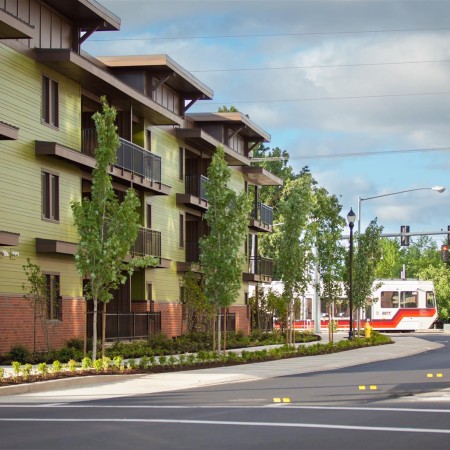 Orchards at Orenco is a highly efficient, transit-oriented workforce housing project in the Orenco Station neighborhood of Hillsboro for owner/developer REACH CDC. The 57-unit project, designed by Ankrom Moisan Architects, is the first phase of the Orchards at Orenco development, which over the course of three phases will total approximately 150 units.